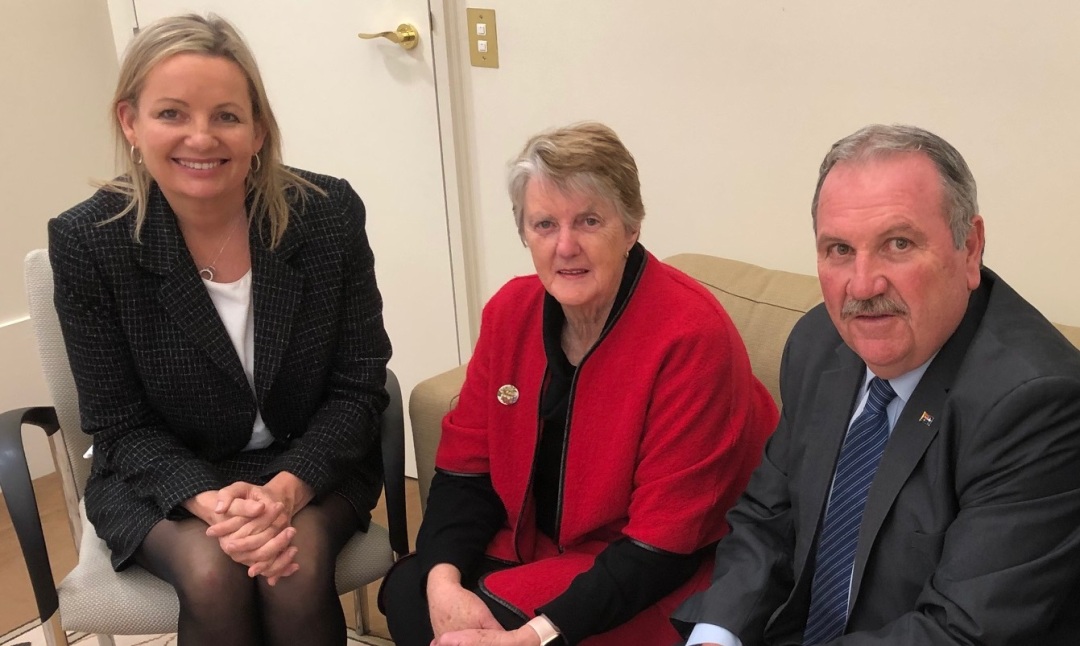 Representatives of the Australian Coastal Councils Association have met with Sussan Ley MP, Minister for the Environment, to discuss the increasing impact of damage to the coastal environment caused by erosion and inundation.

The meeting, held in Melbourne on 17 July, was attended by Chair Barry Sammels, Treasurer Jill Parker and Alan Stokes of the Association’s secretariat. They indicated that the coast was experiencing widespread and unprecedented erosion at numerous locations around Australia.

Barry Sammels said recent coastal damage at Fremantle, Rockingham and Geraldton in Western Australia, was typical of the damage being experienced by coastal councils in every state. “We told the Minister that dealing with this damage represents a major challenge to councils, which do not have access to the resources needed to respond effectively,” he said.

During the meeting the Association representatives stressed the need for a coordinated national approach to coastal management, which had come through clearly in a survey of coastal issues conducted by the Association. “The other proposal that emerged from the survey was the idea of allocating a portion of Financial Assistance Grants for much-needed coastal works,” Barry Sammels said.

Minister Ley offered to assist the Association to set up a meeting with the Minister for Regional Services, Decentralisation and Local Government, Mark Coulton MP to discuss the idea of using FAGs funding to tackle erosion.

During the discussion the Minister advised that the climate adaptation website CoastAdapt, which was developed by the National Climate Change Adaptation Research Facility (NCCARF), would be kept ‘live’ until June 2021.

In March 2020, NCCARF will hand over management of the website to the Griffith Climate Change Response Program, at Griffith University. NCCARF is in the process of creating a static legacy website that will carry all reports, videos and other materials it has produced since being established in 2008.